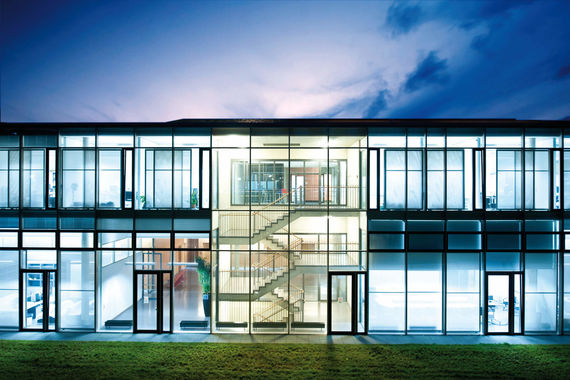 Behind the glass facade of the HIT are offices and meeting rooms. 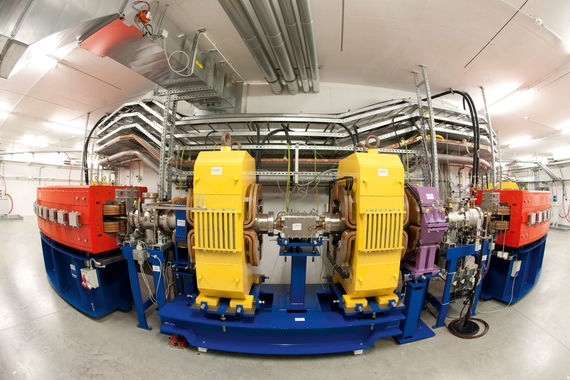 Increasing the velocity of the ions

The synchrotron in a strongly distorted image (fisheye lens). In the synchrotron's orbit, the velocity of the ions is increased up to 75 percent of the speed of light during approximately one million revolutions. 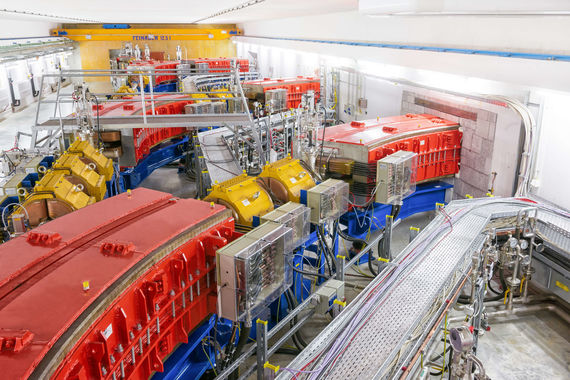 Rotating around the patient

The gantry - a huge beam guide system that rotates around its axis and can be used to irradiate the patient from all sides. 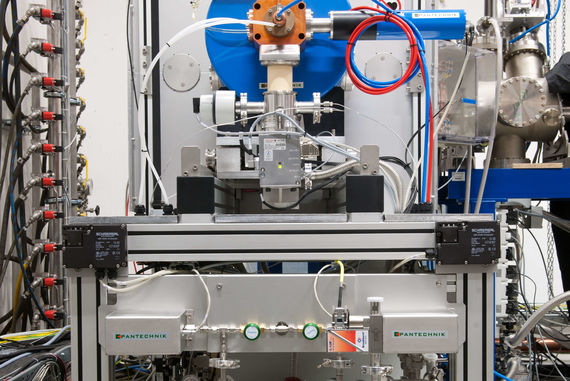 Irradiation with protons and heavy ions

One of three sources

One of three sources: This is where beams of positively charged atoms - ions - are generated. Protons and heavy ions are used in the HIT. 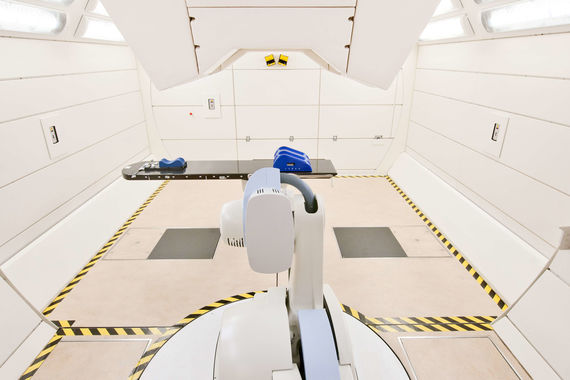 The irradiation area in the Gantry. 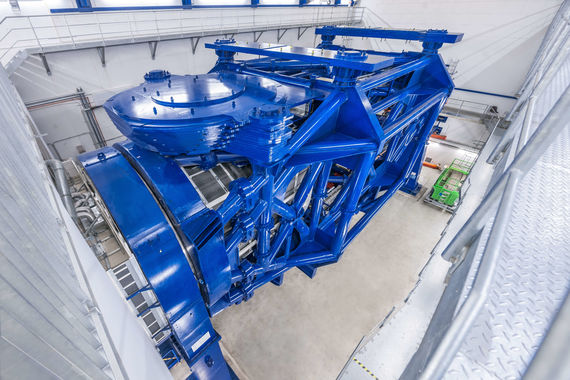 The "actual" gantry is located in front of the gantry irradiation station - a huge beam guide that can be rotated around its axis and with which the patient can be irradiated from all sides. 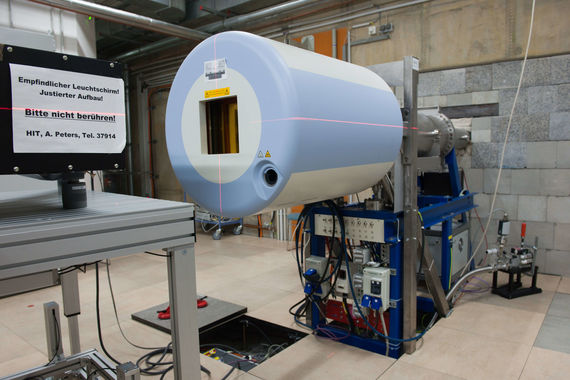 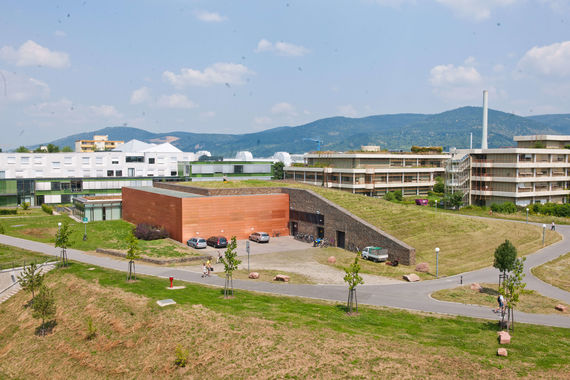 The irradiation facilities and accelerators are hidden under thick walls and covered by a seven-metre-high mound of earth.